A monstrous burger weighing almost five stone and believed to be the biggest in the UK has been created by a record-breaking pub chef.

Graham Harker, from The George, in Stockton-on-Tees, Cleveland, created the 67lbs burger from 48lbs of beef and two 20-inch-wide burger buns.

Four pounds of cheese, 1lb of red onions, 2lbs of lettuce, 2lbs of tomatoes and 2lbs of mayonnaise were also needed to beat the previous record – a 45lb whopper created by The Bond Hotel in Blackpool in June.

Scroll down for video 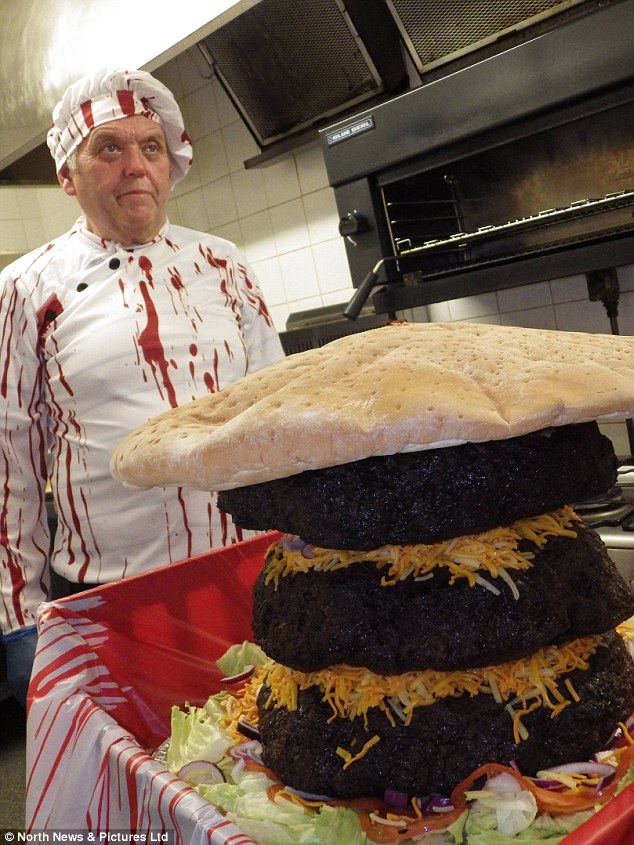 Chef Graham Harker, from The George, in Stockton-on-Tees, Cleveland, created the 67lbs burger 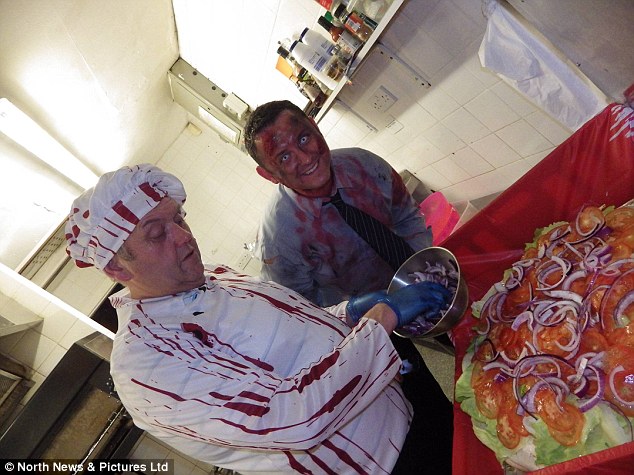 Craig Harker, landlord of The George, said: ‘We were aiming to do a burger that weighed around 60lbs but Graham got carried away.

‘The hardest bit was getting two 20-inch buns specially made – we rang loads of places but no one thought they would be able to do it.

‘Luckily we managed to find a bakery in Hartlepool that had an oven that was big enough.

‘Each burger patty weighing 16lbs each took nearly five hours to cook. We had to time it perfectly so we could reveal it on Friday evening.

‘The pub was absolutely packed. We shared out the burger – it was not just cooked to perfection but tasted amazing as well. 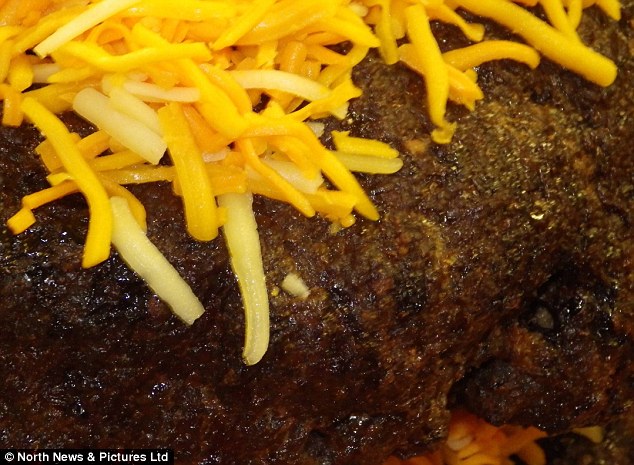 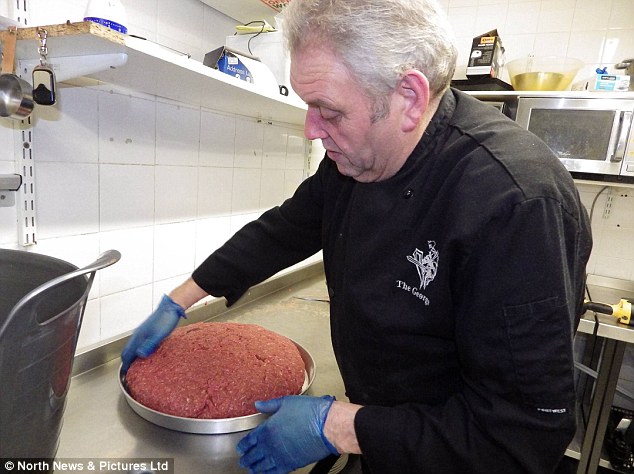 ‘Although it fed more than 40 people there was about two-thirds left. The dogs ate well that night.’

Ian Gowing, from Stockton, said: ‘It is only three burgers in a bun, but then you look at the tomatoes and realise how big it actually is.’

It is not the first time the family-run pub has entered the record books. 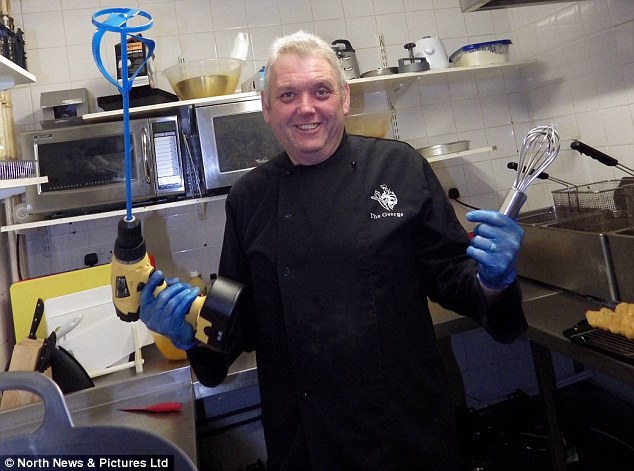 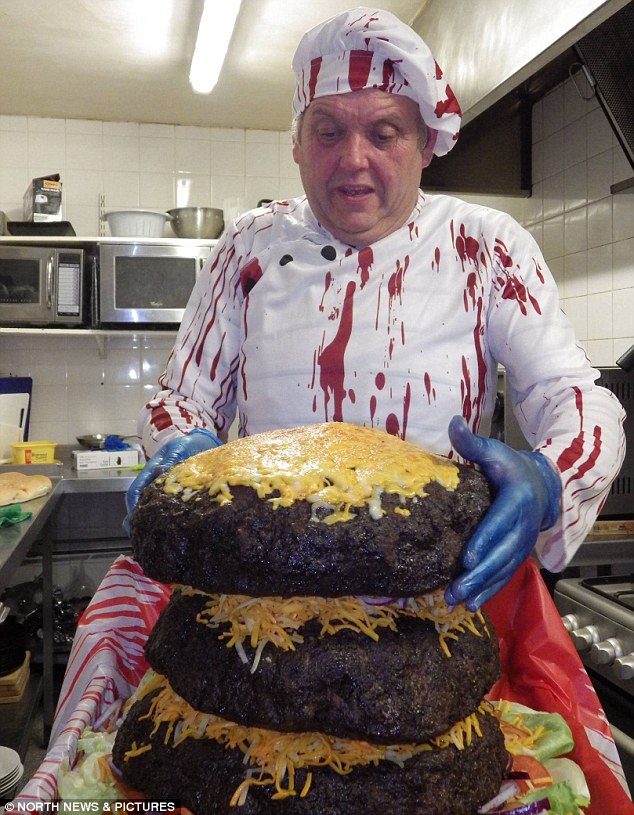 The burger also had 4lbs  of cheese, 1lb of red onions,2lbs  of lettuce, 2lbs of tomatoes and 2lbs of mayonnaise

The 27-year-old landlord added: ‘People travel from all over the country to visit us and customers regularly come in after hearing about our challenges.

‘I think we set the standards a bit high last time as this year the customers kept asking what we were going to do.

‘We are hoping to do more events like this – I think we will have a burger eating competition next.’