A pub is claiming a new world record for the biggest Christmas dinner comprising a 5lb turkey crown, 2lbs of mashed potatoes and 1lb of turnip and swede mash.

The monster dish, which weighs 20lbs and and costs £70, was created by Craig Harker who runs The George pub in Stockton-on-Tees, Teesside.

Scroll down for video. 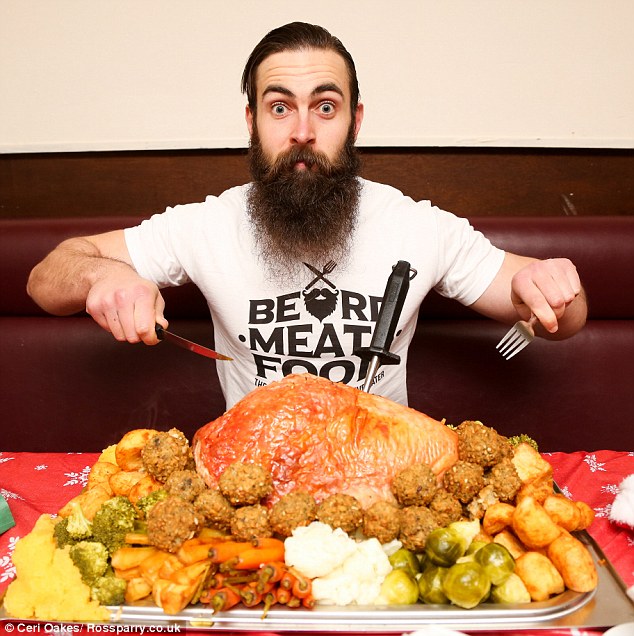 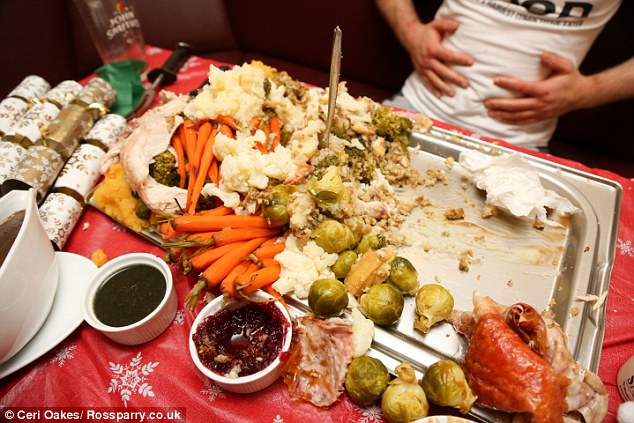 The giant dinners is washed down with an unlimited supply of gravy and mint and cranberry sauces.

And it could have been even bigger – had the team behind it not forgotten to add the 25 pigs in blanket that were supposed to be on the platter.

Mr Harker said: ‘The size of it is ridiculous, you can probably feed six grown men with it.

‘We are always looking for different food challenges and thought it was an appropriate one to do at this time of the year.

‘The Christmas dinner can be ordered, but we are only doing it on a Sunday and it will cost £70.

‘The last record I saw was 9lbs. I wanted to beat that and I wanted to have more meat on there. 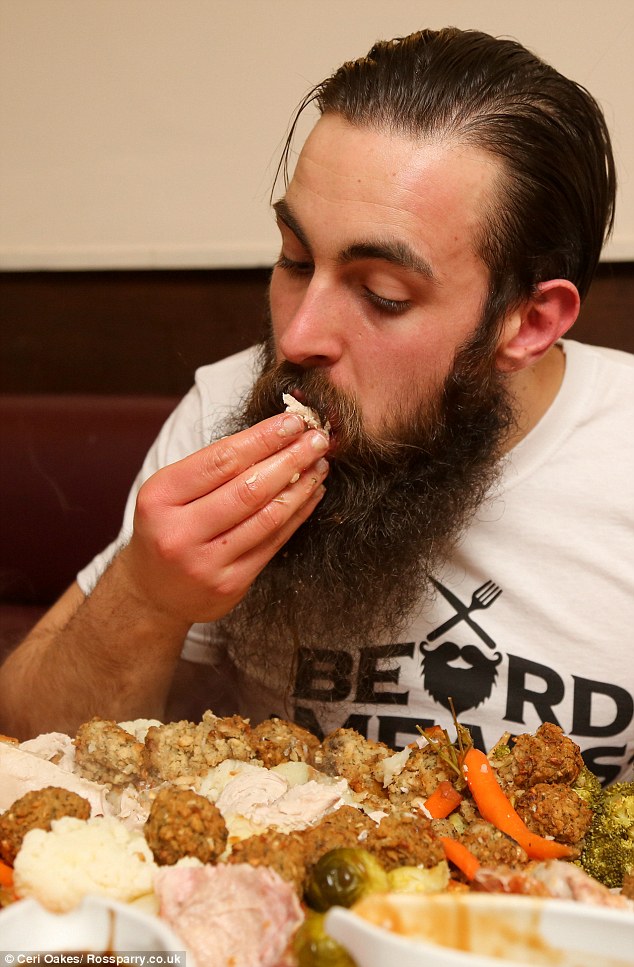 Adam in action: The 30-year-old tackling his monster feast but could only manage to eat 12lbs of the dinner

‘The record was to make the dish rather than the eater finishing it. We are now just waiting on Guinness to award the record to us.’

The whopper dish – which costs £70 – more than doubles the previous record of 9lbs and is big that it defeated semi-professional competitive eater Adam Moran, 30, who could only manage to work his way through 12lbs before stopping.

Adam, who also works managing a team of stockbrokers, said: ‘I go round doing eating challenge. I tend to do one a week for my YouTube channel.

‘When I saw how much it was going to weight I knew I couldn’t finish it. I gave it a good go and managed to eat about 12lbs. I don’t think anyone on the planet could do it.

‘It wasn’t far off the craziest eating I have done and it was certainly the biggest at 20lbs. 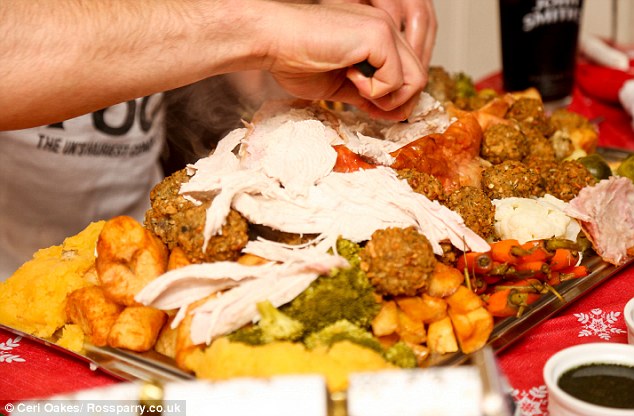 Flavour fatigue: Adam only managed to eat two out of the 70 sprouts as he was too full after eating the meat

‘I even had dessert afterwards but my problem was the vegetables. I left them to the end and got flavour fatigue.

‘Maybe if they had taken some of them off and replaced it with some Christmas Pudding I might have finished it.

‘I think I had two sprouts and that was it, I just couldn’t stomach them.

‘I would say if I can’t do it then no one can, but if anyone wanted to give it a go I would say eat the veg first.’

As well the massive Christmas meals The George is also running a goodwill scheme where customers can pay for a discounted meal for unfortunate and homeless people who can come and enjoy a free meal.